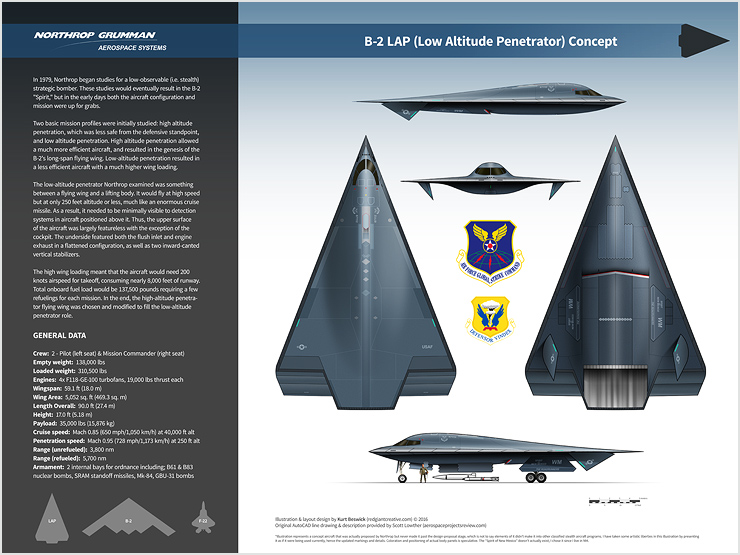 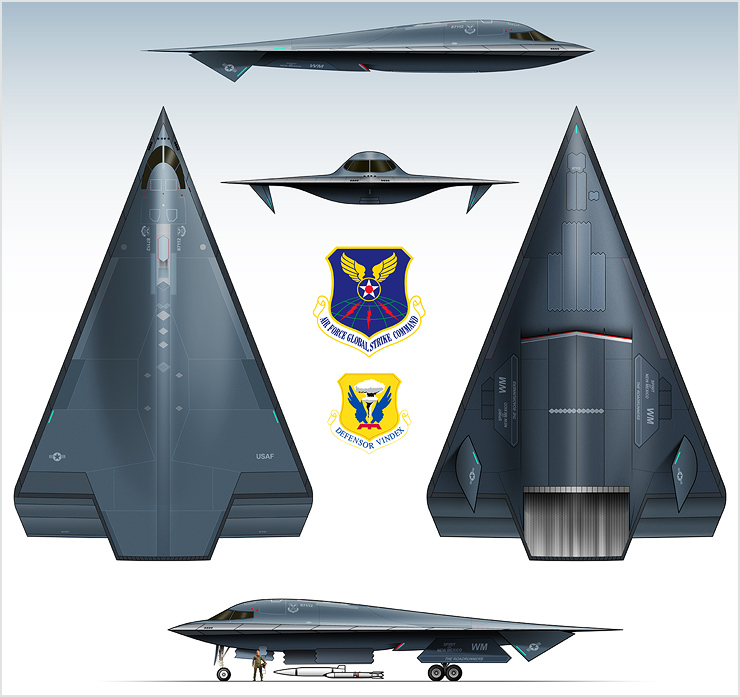 Before the B-2 stealth bomber was designed and built there were several other concepts proposed, the Low Altitude Penetrator (LAP) was one such concept. This commissioned illustration was based off of AutoCAD line drawings of the original proposed design from 1979. Conceptual aircraft mockups are one of our specialties, let us know if you need something like this created.

This illustration, along with an article discussing the development of the concept aircraft, was featured on the popular Aviationist website run by David Cenciotti.

❰❰ BACK TO ILLUSTRATION  NEXT PROJECT ❱❱